What Do The Acronyms Mean? 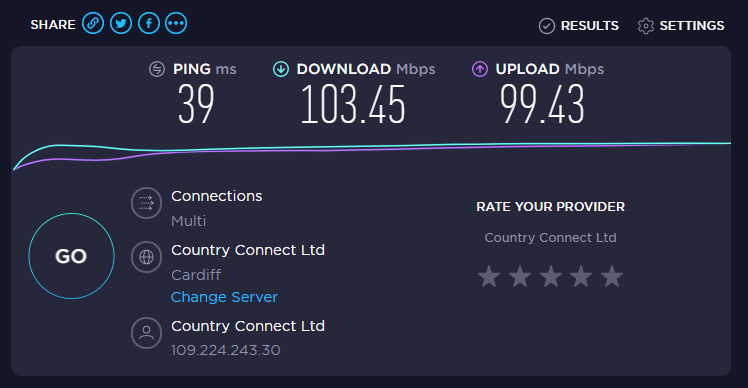 Technology is full of confusing language, acronyms, buzzwords and anything else to make your head spin. Here at Country Connect, we know it’s our job to look after all that stuff for you, and we just deliver an outstanding wireless internet service to you.

But if you want to do your research and compare what we offer with everyone else, you might need to know a bit of the lingo, so let’s give you a crash course!

Let’s start with an easy one - or so you might think. We all know what broadband is, right? Well maybe. Here in the UK, there is no agreed-upon standard for something you can call “broadband”. Broadband just means that it’s faster than dial-up internet. Remember that?

So beware of broadband providers who won’t tell you the speed you’re going to receive. Also, take care not to fall for the trick of internet service providers quoting “up to” whatever speed. We don’t do that. The speed we tell you is the speed you get, forever!

Fibre To The Cabinet, and Fibre To The Premises. You know those green boxes you stucked away at the side of pavements every so often? The ones which you sometimes see engineers open up, and inside is a sprawl of wires like some kind of angry telephony-based kitten has been in there messing with it all. That’s the Cabinet when we talk about FTTC.

In bigger towns and cities, this is what most residential broadband is. It means that there is one fibre-optic connection from the central exchange to each of the cabinets. Then the Internet connection gets from the cabinet to your house using the same old pair of copper wires we have been using for landline telephones for years. But because the signal only has to use the copper cables for a short distance, the speeds can be increased.

If you require a faster internet connection than even that, you might want a fibre-optic connection all the way to your property - usually a business. This gives you the full speed available with fibre connections, and it means you aren’t sharing that with tens or hundreds of neighbours.

This does involve running the physical fibre-optic cable to your building, so it is a lot more involved and therefore costly.

Mbps stands for megabits per second, and it’s a measurement of the speed of a data connection - or bandwidth. You can think of it like miles per hour - how many miles can you cover in an hour. Well Megabits per second is just how many megabits you can move in one second.

But what’s a megabit. Well without getting insanely geeky, you need about 7 megabits per second to stream netflix in HD. So if two people want to stream at the same time, you’ll need 14Mbps, and so on.

Lots of internet service providers will cap, or limit, the amount of internet you are allowed to use in a month (we don’t). A typical cap might look like 20GB, but what’s a GB?

Now you know all the lingo, nothing’s going to get past you! If you’re shopping around and you can’t decide between packages and providers, everyone is talking in jargon, and you would otherwise feel lost, now you won’t.

And if there’s anything else you want to know about any kind of broadband and how we can help connect you, just get in touch with our super friendly team!